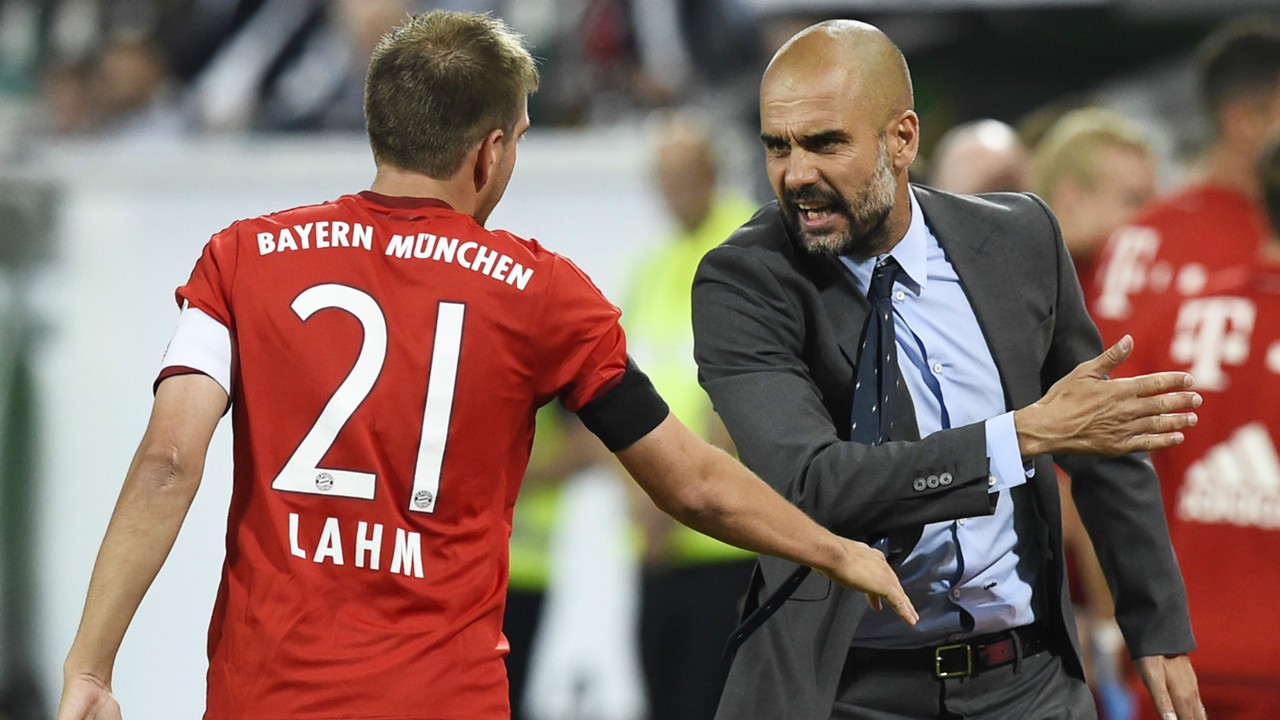 The Inverted full-back was not a position deployed regularly  in the premier league until recently, Pep Guardiola was not the first manager to utilise the position, however having David Alaba and Phillip Lahm at his disposal, arguably two of the best in their positions at the time, and two of the most intelligent players in the Bayern squad, allowed Pep to deploy the inverted fullback position to great effect in the Bundesliga bringing greater attention to the role.

The inverted full back in the defensive phase operates just like a traditional fullback, covering the lateral ends of the pitch tracking opposing wingers and protecting the central defenders. Its in the attacking phase that the inverted fullback position really becomes interesting. In my opinion no position embodies the mantra “attack is the best form of defence”  more than the Inverted fullback. And here’s why.

In the attacking phase when the team has possession of the ball the inverted fullback, takes up position alongside the teams defensive midfielder, by way of example we shall use Pep’s title winning season for illustration. Pep often played a 4-1-4-1.  Usually the defensive midfielder was Fernandinho, with Fabian Delph and Kyle Walker either side. This configuration allowed the two central midfielders to take positions higher up the pitch. As shown below De Bruyne and David Silva are much higher than standard central midfielders, this creates a problem, for Napoli. They have to press the man on the ball Fernandinho, but also have to be aware of De Bruyne and Silva in the pockets of space,. As the two City central midfielders are so high Napoli must stay narrow to avoid leaving too much space in the middle. This leaves Sane free, the Napoli right back must now focus on tracking Sane, as a result Gabriel Jesus now has two defenders with their backs to him. While all this is going on Walker, De Bruyne and Sterling have created an overload of players on the right hand side of their attack.

When in established play this usually meant the opponent was camped in their own half, a familiar pattern of play would emerge the centre backs recycling possession, acting as the base for a wave of attacking pressure. The problem is unless you are team that can deploy an effective and aggressive press there is an overload in every area of the pitch. The wingers often Sane and Sterling have underlapping support in the form of the midfield three, with the movement of David Silva and the centre forward providing options, this is a wingers dream. In this system the wingers are now found one on one more often. This all stemming from Pep Guardiola inverting his fullbacks. To understand why this is also a defensive advantage you must consider an important factor in tactical success. Space

The image above shows Manchester City simultaneously attacking and defending. Immediately you begin to see the problem for any team trying to attack City. The space. The distance between the ball and the City goal is extensive. One of City’s fullback’s has joined the attack contributing to an overload, however one has slotted in to the defensive line, with the defence acting almost like a midfield. Here you can see the defensive midfielder on the edge of the action ready to recycle the ball if needs be. To counter city, or even regain the ball and retain possession is no mean feat.

City are camped in the oppositions half, this means any opposition player who wins the ball has at least 3 City players around him, any attack through the central areas will be met with the Manchester City centre backs, the defensive midfielder and the fullbacks inverted to form a compact central unit. If the opposition manage to carry the ball up the wings the massive distance covered means the support will be limited.

Pep’s fullbacks are a vital aspect of his formation and are why it was so important to recruit players he thought suitable for the role specifically when he joined. Technical ability on the ball, pace to switch between phases of play, and stamina to cope with recovery due to being so high up the pitch are all crucial attributes required to play as an inverted fullback.