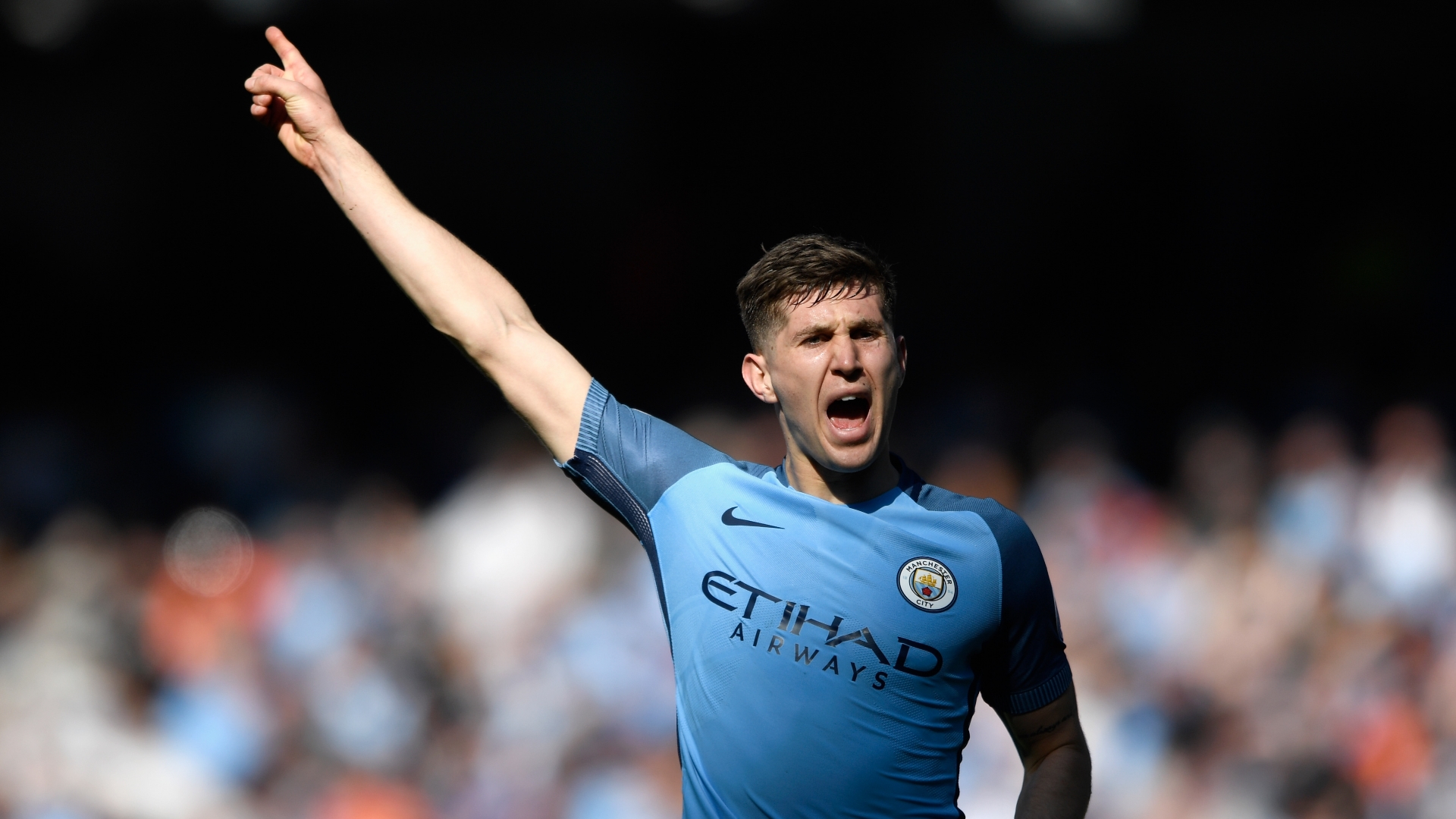 The Rise of John Stones

Even before John Stones’ record breaking 47 million pound move to Manchester City in the summer of 2016, there has always been resistance to the former Everton players unique style of defending. The young centre-back defied the media-imposed stereotype of what an English defender could and should do on the football pitch.

Under former Everton manager Roberto Martinez, he developed his reputation as a fine ball-playing defender, equally competent in breaking the lines of attacking pressure through both his pinpoint passing and his surprisingly strong dribbling ability.

Nonetheless, towards the end of Martinez’s reign, Everton endured a run of particularly poor results. The then 21-year-old Stones was subjected to what turned out to be only his first period of intense, and in some regards unjust media criticism from all angles. Who can forget Paul Merson’s passionate rant over John Stones playing style while analysing footage of him successfully keeping possession from Tottenham’s Heung Min-Son in his own area, before winning a free-kick to alleviate the pressure on Everton’s backline. Prominent pundit Stan Collymore also called out Stones, claiming his playing style was unsuited to English football as he was too skinny.

Despite this, upon Pep Guardiola’s arrival at Manchester City, he decided to place his faith in the young Yorkshireman, and quickly made him the most expensive English defender of all time, and, perhaps unwisely, his only defensive signing of his first transfer window in England. Stones became the face of an already suspect City defensive line that had long been plagued by recurring injuries to Vincent Kompany, and who’s issues had manifested in some absolute destructions towards the tail end of Manuel Pellegrini’s final year in charge at the Etihad. Including 4 goal demolitions at the hands of Southampton, Spurs and Liverpool. The pressure on Stones, almost immediately upon his arrival in East Manchester, was hugely intense.

However, much like the rest of the side, Stones enjoyed a solid start to life under Pep Guardiola. City enjoyed 10 wins from their first 10 games, and the England centre back picked up a man of the match award after City’s 4-1 victory over Stoke. The sight of Pep dragging Stones over to the touchline to impart tactical instruction on him became a common one, and it seemed the Englishman was now an integral part of the Catalan’s tactical machine. However, the wheels quickly fell of the Man City bandwagon, and a series of poor results followed in the Autumn of the 2016 season, culminating in a 4-2 defeat at the hands of Leicester. Both Pep and John Stones came under heavy criticism. Again, some of it valid, some of it overly harsh. Questions were asked about whether the manager had actually improved John Stones in any way, his occasionally suspect positional play had deteriorated further. Leicester demonstrated this prominently in December by utilising Vardy’s pace to get in behind Stones, who often isolated himself in City’s high-line back 3 due to his lack of awareness and familiarity with the system.

Even as the season progressed, and as City erased most of their most crippling defensive frailties, most notably the deployment of a dizzyingly complicated 3-3-1-3 formation, and the incompetent goalkeeping of Claudio Bravo, Stones continued to receive a barrage of media and fan criticism. In some quarters, he was labelled a failure and a waste of money, even though he improved hugely in a City defence that continued to look at least uneasy for the remainder of the season.

The games that summarised not only City, but John Stones’ season, were the two legs against Monaco in the Champions League. Monaco’s continent-leading attack came to the Etihad and exposed some of City’s biggest flaws. Radamel Falcao’s incredible second goal in the first leg of the tie, in which he cut inside from the left-hand side to chip over Willy Caballero, exposed John Stones underlying lack of physical strength. The Colombian shielded the ball from the centre-back before rather embarrassingly sending him to the floor.

However, the return tie at the Stade Louis II highlighted the potential importance Stones could play in any future City or England sides chasing success. Of course, City lost the game 3-1 and crashed out of the competition, yet it was John Stones, not the obvious candidates, De Bruyne and Aguero, who stepped up in the second half of the game. At least temporarily reviving the Citizens’ chances with a series surging dribbles through the centre that allowed City to completely bypass Monaco’s midfield, and gave quick access to Sane and Sterling, as well as his trademark accurate and ambitious range of passing that allowed City to somewhat compensate for their lack of midfield control due to Fernandinho’s inability to play the role of midfield conductor.

At the end of the 2016/17 season, there were still some valid concerns surrounding Stones development, however, many pundits and fans remained unable to assess his performances in a nuanced way. Yes, there were still some issues regarding his physical development, particularly his strength. However, many failed to consider the growing number of positives in his game. His contribution to the all-important possession side of Pep Guardiola’s City was immense. He completed the season with a 92% pass completion percentage, he also successfully completed 95% of his take-ons, further highlighting the integral role he is performing in a possession-based defensive system that has not lost a competitive game since April of this year. Furthermore, he won 64% of his total duels, an incredibly high amount when compared to some of the standout centre-backs of the 2016/17 season. Tottenham’s Toby Alderwiereld won 50% of his duels, whilst Chelsea’s David Luiz and Cesar Azpilicueta won 52% and 50% of their duels respectively.

Last season’s statistics suggest then that all that was required from John Stones to fulfil the potential many bestowed upon him when he first broke into the Everton first team was a solid pre-season of focused physical training and a few tactical refinements. Based on his early season performances, it appears that this is exactly what has occurred. So much credit has deservedly been awarded to Kevin de Bruyne, who’s early season performances have been astonishing, yet it would not be outlandish to make the case that John Stones has been City’s next best player this season. As I touched upon earlier, it is clear that Manchester City don’t have a deep-lying midfielder who can control the pace and flow of the game in the mould of a Sergio Busquets or Xabi Alonso. Often therefore, the burden of this role has largely fallen upon Stones’ shoulders, and he has executed the role thus far to perfection. He has completed 97% of his total passes this season, and has 219 passes in the Champions League, more than any other player in the competition, as well as bagging a brace away at Feyenoord in September. Fittingly, after adopting now-departed Pablo Zabaleta’s number 5 shirt, he looks defensively phenomenal. In City’s recent Champions League game, against the free-flowing, free scoring Napoli, who currently sit at the top of Serie A, he was the strongest link in a defensive unit that limited one of Europe’s most potent attacking trios, in Dries Mertens, Lorenzo Insigne, and Jose Callejon to just 3 shots on target from open play.

Stones is forming a strong partnership with his Yorkshire compatriots Kyle Walker and Fabian Delph, and is seemingly managing to get the best out of the perpetually erratic Nicolas Otamendi. Now, under the tutelage of serial winner Pep Guardiola, he must handle the pressure of expectation, and begin adding winners medals, if he ever wants to emulate the achievements of great English centre-backs, such as Tony Adams, Rio Ferdinand, and Bobby Moore.

It is clear then, that Stones is rapidly evolving into the defender he has promised to be for so long. It also seems as though he is in the perfect place to continue this development, and ascend into the elite level defender many believe he can be.