Touchline Fracas takes a look at Maurizio Sarri, the newest addition to the assortment of top quality managers in the premier league. 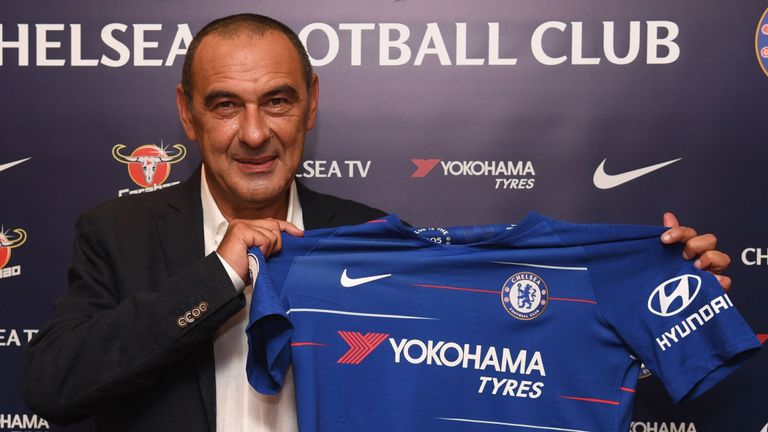 We start from July 2011 when Sarri was appointed at Sorrento, by the mid-season break Sorrento were in 4th playing what would become Sarri’s signature brand of attractive football. This pushed the ambitious Serie B club Empoli to sign the Italian. In his second year at Empoli he managed to win the club promotion, with a 2nd place finish enough to end a 6 year absence from Serie A. Despite Empoli being tipped for relegation Sarri was praised for leading them to a 15th place finish. The following season Sarri signed for his hometown club Napoli replacing Rafa Benitez, he would remain at Napoli for 3 years, gaining further plaudits for his fluid attacking style, being the first ever side to reach 90 points and not win the league.

The Italian way of playing is famous for its defensive stability, the pragmatic catenaccio mentality still very evident throughout Italy. Looking at the landscape of Italian football when Sarri came o prominence there weren’t many managers in favour of expansive football. When Silvio Berlusconi was in charge at Milan he appointed Arrigo Sacchi, who favoured zonal defending and possession football. Sacchi enjoyed great success at Milan perhaps paving the way for Sarri.

Looking at his track record Sarri isn’t someone who aims to defend when coming up against the biggest sides, his style is focused on short passes and movement creating passing lanes, building play slowly but not aimlessly. Dynamism and technical ability are probably the most important attributes in any Sarri team, especially at Napoli where he liked his defence to press high. The advantage of a high defensive line conflated with a high press is that at any point in time there are a number  of players able to press the opposition as the shorter spaces between Sarri’s players in defensive transition allowed for quick recovery of possession.  This tactic is a favourite of Pep Guardiola with the philosophy stretching back as far as Ernst Happel’s Feynoord side.

Sarri’s sides attack in passing triangles, and patient build up leads to a lot fo their goals being scored with the ball being worked across the pitch, usually to an opposite winger or waiting forward. The attacking trident is a significant feature of Sarri’s Napoli side, and is key to his incisive attacking play. 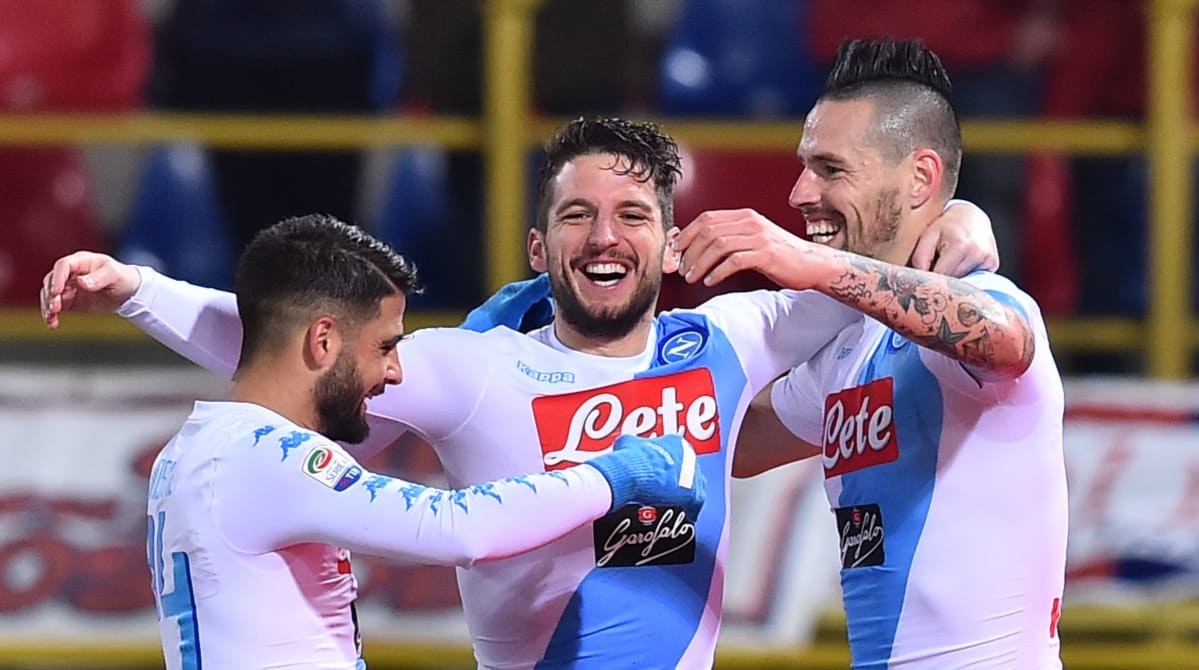 Sarri’s Napoli side line-up in a 4-3-3 transitioning to a 4-5-1 in the defensive phase, pressing hard to keep the ball in the opponents half and reclaim possession. The dynamism in the defensive phase with essentially 5 midfielder’s allows the team to press relentlessly and aiming to strangle any passing angles from the opposition.

“First of all, I want to enjoy myself. The players have to enjoy themselves and the fans can enjoy the team”

This high press with a high defensive line can be effective, as the space left by the pressing midfield is taken up by the back line, and subsequently anything in behind is swept up by a sweeper keeper. With all tactics there is a caveat, that can be exploited in the premier league. A forward with pace can cause trouble in the high line, and premier league PNP is like no other.

Attacking for a Sarri side starts from the defence, the goalkeeper distributes to the two centre backs and add in a defensive midfielder, there is the opportunity to form passing triangles, at Napoli all these players were comfortable in possession.

This build up from the back draws in opposition strikers and midfielders who come out to press the defensive quartet, leaving spaces further up the pitch, and between the lines. Sarri’s style of play relies on the technical ability of forward players to retain possession under pressure.

Some concerns expressed about Sarri are his past utilisation of  his squad and of youth, whilst Sarri at Empoli did well to develop players such as Daniele Rugani, he had no pressure to win trophies. At Napoli, with greater resources and greater pressure, Sarri tended to stick to his favoured starting XI, and struggled to develop any of Napoli’s biggest prospects. Many believe Sarri’s lack of rotation is one of the reasons why Napoli fell just short of the league.

Sarri will inherit a very ordinary squad and it may take a while to mould it into his image, however the acquisition of Jorginho from Napoli means if Chelsea can keep Ngolo Kanté, the midfield will be one less worry.