Is Batshuayi’s time at Chelsea over ?

When Michy Batshuayi poked in the winner for Chelsea against West Brom effectively securing the title at the Hawthorns, you could have forgiven him for thinking that it was a turning point in his career at Chelsea. Almost a year on with the world cup on the horizon Batshuayi’s situation still hasn’t changed.

Batshuayi arrived at Stamford Bridge with a growing reputation, having just come off an impressive season in France with Marseille scoring 17 league goals. Unfortunately Batshuayi’s competition was an inform and at times unplayable Diego Costa. The few chances Batshuayi got he performed well, often getting on the scoresheet.

However Batshuayi made only 1 start in the premier league the entire 2016/17 season making 19 other substitute appearances, and finishing with 5 goals and 1 assist. Remarkable if you consider Costa’s loss of form in the second half of the season, as well as the spanish livewire’s reported falling out with manager Antonio Conte. When Costa wasn’t available Conte seemed to exhaust every option before playing Batshuayi, opting to play Eden Hazard up front in a false 9 role. Whilst the pace and movement of Pedro, Willian and Hazard as a front three served Chelsea well, there were many moments in these matches where the lack of a centre forward was evident.

Batshuayi begun to cut a more distressed figure, for younger players facing a transition to a new league a new country and a new club, football is usually the only constant. However Batshuayi never got enough minutes to show what he could do, and although scoring the league winning goal may have given him fresh hope, he may have been better served leaving in the summer.

In actual fact before Morata arrived in the summer Batshuayi was playing well in pre season and seemed to have finally earned Conte’s trust, however after a less than inspiring performance in the community shield, and another frustrating performance in the league opening loss to Burnley, Batshuayi’s chance had come and gone.

Whilst it is admirable to see a player willing to stay and fight for his place in the team, you can only fight for a place if the manager is willing to consider you. Unfortunately for Batshuayi at Chelsea, managers do not have total control over which players are signed. Batshuayi was clearly not Conte’s choice. We are halfway through this season and Batshuayi only has 263 league minutes, as Conte persists with Morata through his loss in form. With none of Belgium’s other strikers being particularly impressive this season, Batshuayi could have made that world cup starting line up place his own. At this rate he’ll be thankful to be on the plane to Russia.

Currently with half the season to go there is still time for Batshuayi to build momentum before the world cup, however it’s clear to see now that this will not happen at Chelsea. The limited chances Batshuayi gets nowadays his performances aren’t great, which is to be expected of a player with less than 10 starts in all competitions. Conte’s tendency to use Batshuayi as back up rather than genuine competition, means now Morata is off form there is no threat of replacement, Morata can miss three sitters a game and rest easy, knowing that as long as he is fit he will start. 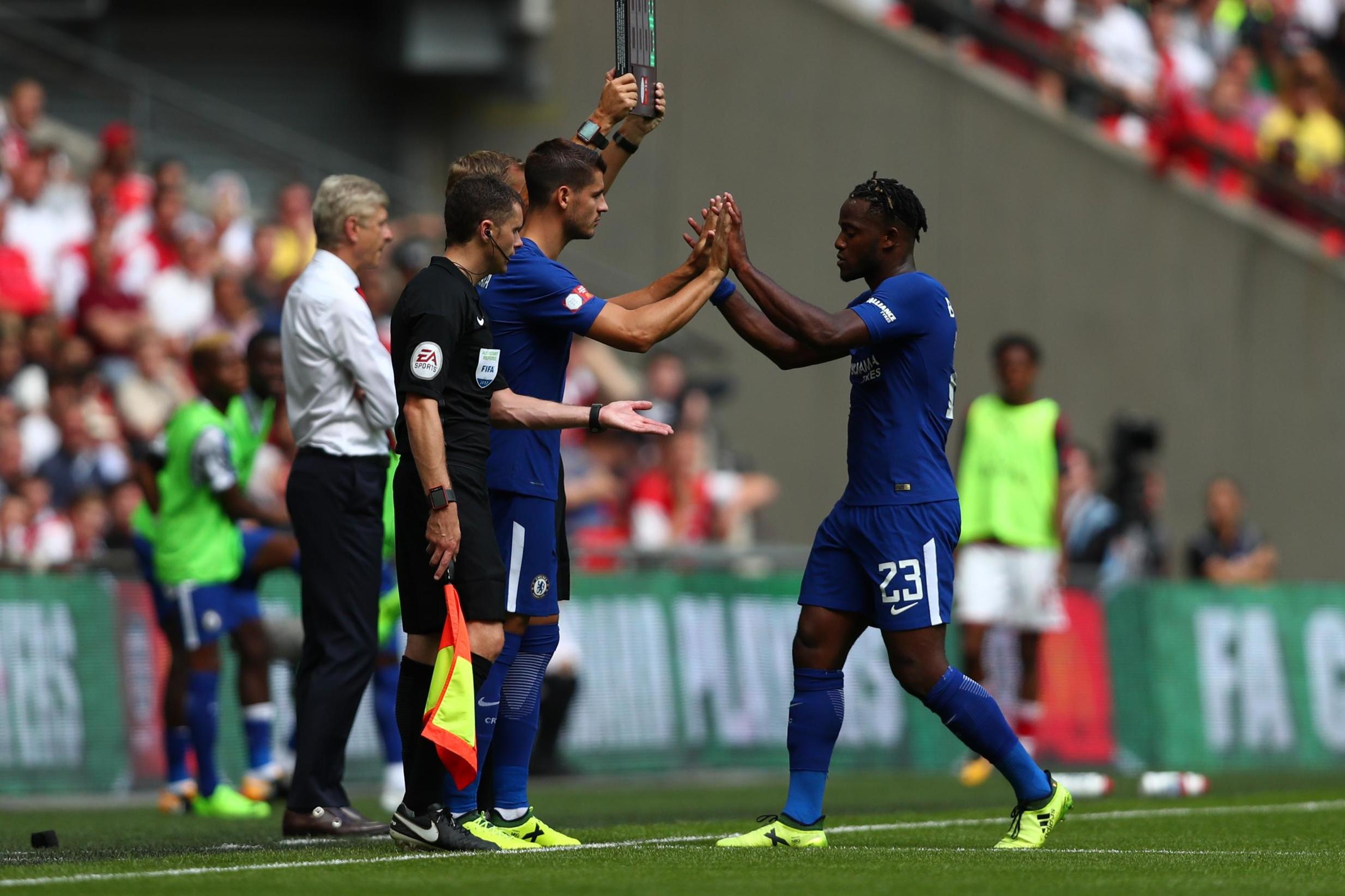 So what lies ahead for Batshuayi ? A move to Germany with BVB is rumoured, and would represent a fantastic move for Batshuayi. Dortmund tend to give players a chance to perform and would be a good option for Michy to prove his doubters wrong.