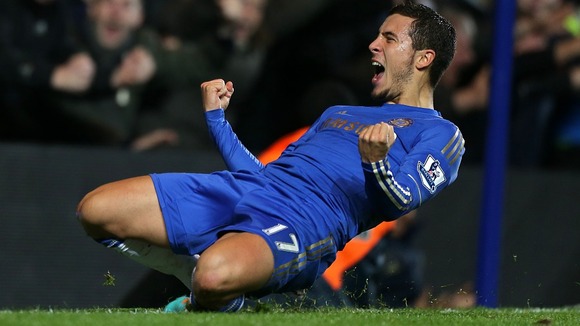 The PFA will be announcing their ‘Team of the Year’ in a matter of days, it is bound the cause some controversy as it does every year, for example the inclusion of Steven Gerrard last season.

We’ve asked a number of people to give their Premier League Team of The Year, we’re going to accumulate the votes and make a ‘Touchline Fracas Team of the Year’, which im sure is bound to change when we do our next Podcast on Friday. But anyway, what the hell, lets get cracking.

@Adje_0 has gone with a 2-3-3 formation because he didnt feel like any Full backs were worthy of his Team of the Year. So his team is Dea Gea, ?, Fonte, Terry, ? Cazorla, Matic, Fabregas, Sanchez, Kane, Hazard.

@Myosapien (Leroy) has gone into tremendous detail for his Team of the Year, he actually should have his own article, but I will briefly summarise his team as best as I can, I’m sure he will elaborate further on the Pod on Friday. Unlike Adje, Leroy has found some Full Backs worth putting in his team using a 4-2-3-1 formation. De Gea, Trippier, Terry (Reliable, Dependant, Solid, Wanker, Rent Boy) Fonte, Cresswell, Schneiderlin, Matic, Sanchez, Cazorla, Hazard and Kane

@Elliskco_I (Ellis) hasn’t taken this exercise seriously I don’t think. He has gone for a 4-2-3-1 with Courtois, Clyne, Skrtel (Yes he has put Prison Break’s Martin Skrtel in, and yes Ellis is a Liverpool fan) Terry, Azpilicueta, Fabregas, Matic, Sanchez, Hazard, Sterling, Costa.

@AliquaScripto (Elijah) brings us back to the realms of sanity with a traditional 4-4-2 of De Gea, Clyne, Fonte, Terry, Bertand, Schneiderlin, Fabregas, Sanchez, Hazard, Costa and Kane.

@BabaMalt (Ayo) continues the trend of a De Gea, Terry, Fonte defence, with Trippier and Bertrand as the Full Backs in a 4-4-2. Sanchez, Matic, Cazorla, Hazard, Kane and Costa

Lastly but definitely not least as I am the person who is writing this article, @Lewbob91 (Lewis). I have gone for De Gea, Monreal, Terry, Fonte, Azpilicueta (Yes I know he has played Left Back, but I cant leave Nacho man out), Cazorla, Schneiderlin, Hazard, Sanchez, Kane and Costa in a 4-4-2.

So lets tally up those Votes and come up with a Touchline Fracas Team of the Year.