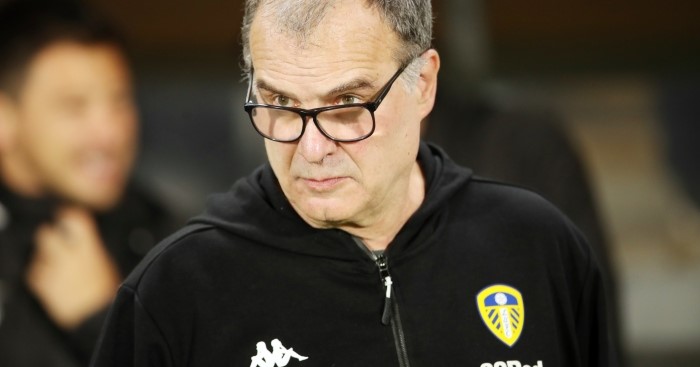 Football punditry is divisive by its very nature – it’s usually a subjective view of on-the-pitch events by people who are well placed to have an opinion on the matter. The best kind of punditry analyses facets of the game, provides evidence and, above all, teaches. The worst kind of punditry patronisingly re-tells in-match events and wildly exclaims poorly thought out viewpoints. These are two ends of a very large spectrum, and this spectrum only covers football matters – tangible, black and white matters of the sport.

Imagine then if you were to take away the tangible aspect of the subject matter, and replace well-experienced students of the game with frankly ill-educated ex-sportsmen.

That is what has happened in the furore which followed #SpyGate – the subject matter has shifted from football to ethics and the analysis has become even more divisive than usual. An industry which is possibly the last that should be claiming to be any sort of beacon of morality, football has reared its ugly head in the past few weeks in a hysterical knee-jerk reaction to a bloke having a look at some other blokes do their job.

The main argument against the actions of Marcelo Bielsa seem to be that it breaks some sort of ethical code of conduct which we have and accept in football. If this is the case, should players be booked for incorrectly claiming a throw-in? Does Stuart Pearce feels that scorelines should be reversed if a player dives to win a penalty?

The caveat to the above is that people feel that what Bielsa did was pre-meditated and calculated cheating rather than adrenaline-fueled and impulsive cheating. I’m afraid to say that if you kill another human being in a fit of rage you’ll still end up at the same prison as somebody who meticulously planned out a murder.

Perhaps this superiority complex needs to be challenged and called out for what it is – an odd blend of nationalistic pride and unconscious racism.

Would the high-horse riding pundits have had the same level of disdain for Neil Warnock famously sending his physio to stand outside the away dressing room at Bramall Lane for the half time team talk?

The issue occurs when the blend of ill-educated pundits meets the army of hypocritical journalists who will print anything as long as it will be read. Henry Winter who writes for the Times was particularly critical of Bielsa. He also had his say to those who pointed out his hypocrisy, noting that the English media had actively spied on the England team’s training session throughout the 90s, leaking vital information to the rest of the world. His argument was that “reporters wanted to check who was fit before filing their match previews” – in other words, they wanted to ensure their work was as accurate and thorough as possible. Presumably he thought that Bielsa was just watching Derby’s training session for a laugh.

#Spygate is the latest in a series of events that ex-pros have taken a particular dislike to. In the majority of cases, the argument given is that “it’s just not how it’s done here”. The same logic is applied to footballers who dare to have a laugh on Instagram or – dare I say it – start a new business. The ‘bandwagonry’ is astonishing in this industry and, as long as there’s a new topic every week to be outraged at, people will buy newspapers and click on articles.

Bielsa himself has acknowledged that his actions may have been divisive and could even be considered wrong. He admitted that he was regretful that Lampard and Derby did not feel it was ethical behaviour, but caveated that he also had a different view on it. Lampard accepted his explanation. Maybe that’s all the analysis we need on an incident which has had the model professional and ever-respectful Martin Keown spitting bile.

Let’s leave discussions on ethics and morality to psychologists and philosophers, not Paul Merson.